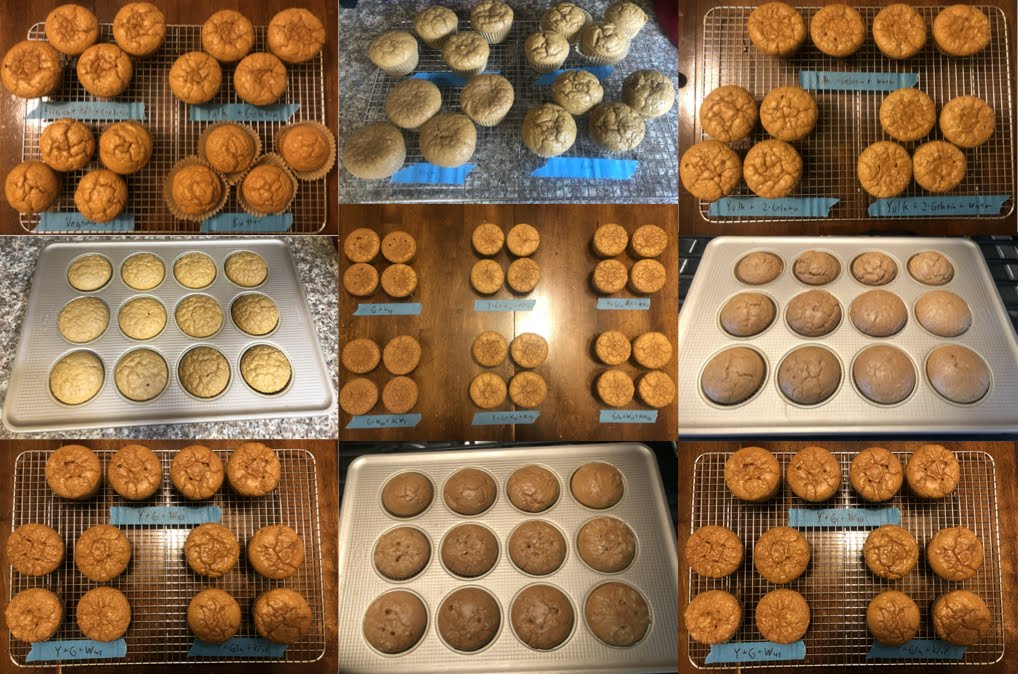 A few months ago, I decided to try eating more protein to help with building muscle.

To avoid significantly increasing my total calories, I first tried just adding protein powder to my breakfast and lunch shakes. That got me the protein I wanted, but it diluted the flavor of the shakes, which I didn't like.

Next, I tried searching around for a solid low-calorie, high-protein food. Not finding anything, I decided to make my own (still looking, so please comment if you have any suggestions). I started off with a recipe for oat-fiber bread from The Fruit of Her Hands. The oat-fiber, egg white, and glucomannan combination gave me the bulk and texture I wanted with almost no calories.

INITIAL ADAPTATION
To add protein, I substituted whey protein isolate for 36% of the oat-fiber and dropped the cooking time to 18 min. I also swapped cinnamon and liquid sucralose for the onion and garlic powder to make a slightly sweet instead of savory version.

The resulting muffins tasted decent, but the texture was always either a bit too dry or (if I lowered the cooking time) the top center of the muffin was undercooked.


To fixe these problems, I tried:


ROUND 1: FINDING THE RIGHT INGREDIENTS
At this point, I decided to ask for advice on r/ketorecipes. From that post, I got a number of good suggestions, all in the vein of adding an ingredient that either better retains moisture (allulose, gelatin) or one that would coat the oat-fiber to mitigate drying (oil, egg yolk). From these ideas I tried the following experiments:

All-in-all, a big improvement. All five changes increased moisture and reduced deflation. If I had to pick one, I'd go with the gelatin, but I figured it could be even further improved. 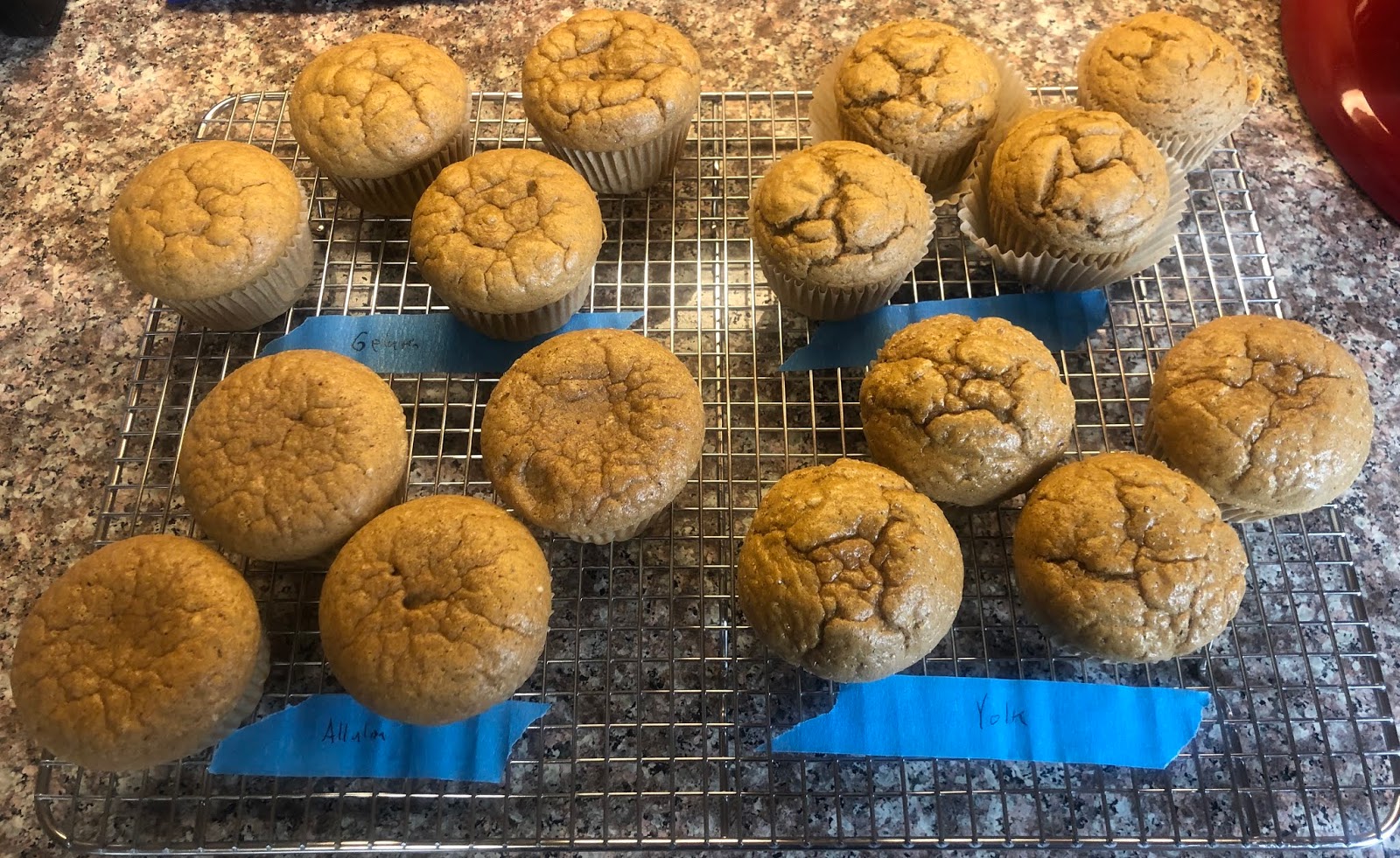 ROUND 2: FURTHER INGREDIENT SCREENING
With these initial results, I went back to r/ketorecipes for more advice. From that post, the main feedback was to try gluten as a replacement for gelatin or oil/butter instead of or in addition to the egg yolk, so I gave those a shot. 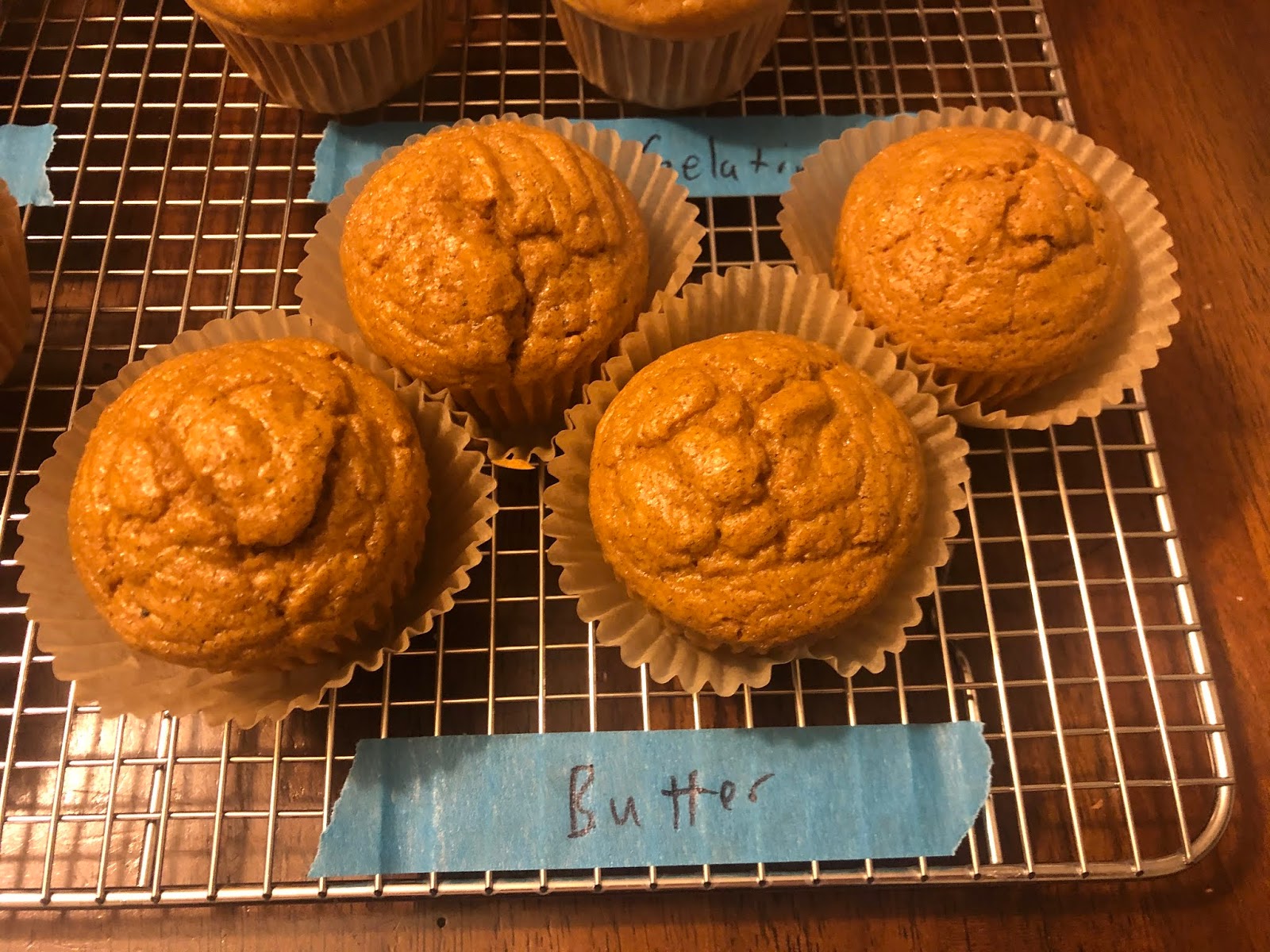 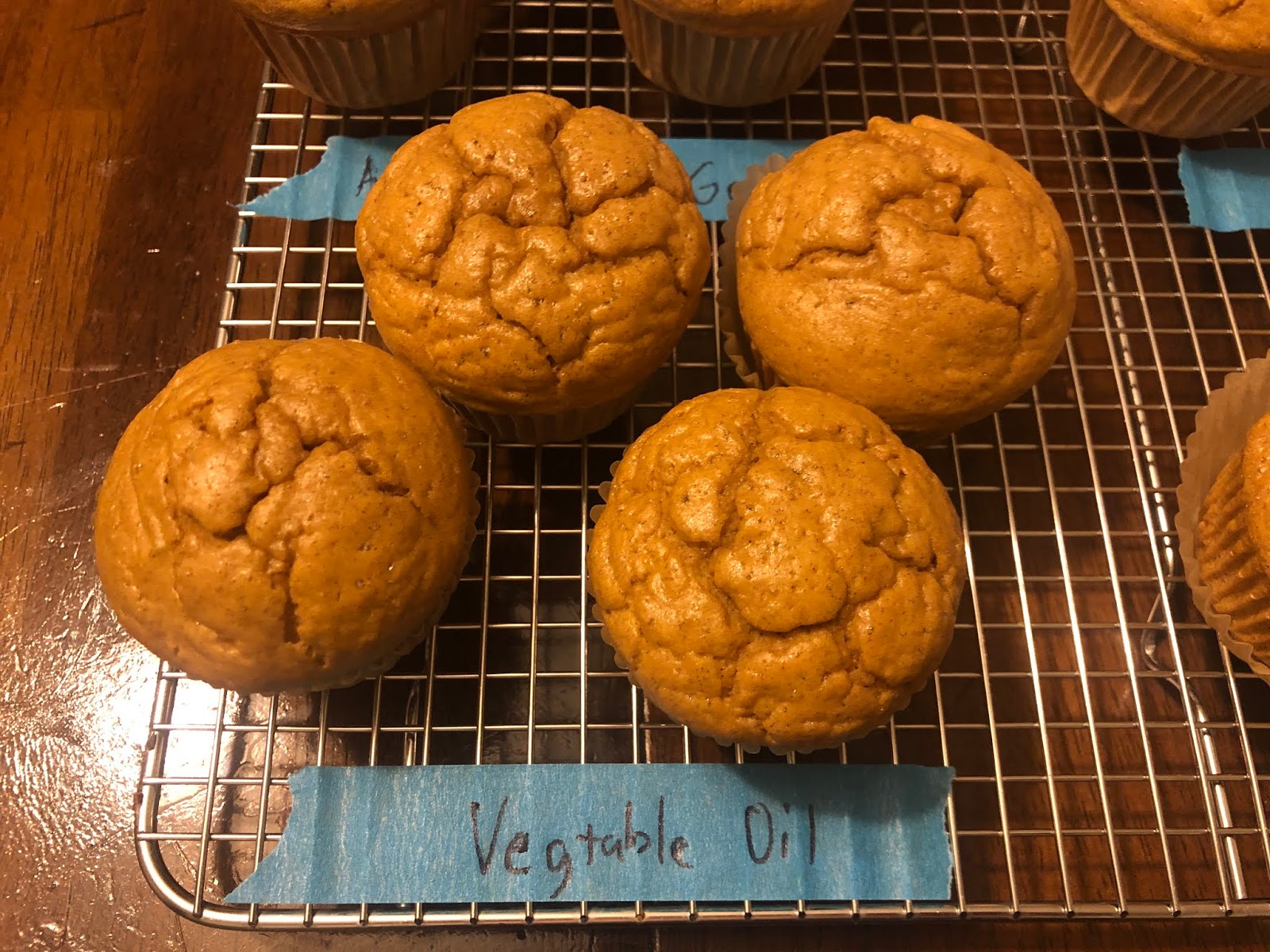 ROUND 3: COMBINING CHANGES
From rounds 1 & 2, I was getting significant improvements from allulose, gelatin, egg yolk, gluten, and vegetable oil, but I thought I could do even better by combining them. I didn't want to add the additional calories from the oil (15 calories/muffin), so I didn't include that in the combinations.

Based on these results, combining the egg yolk and gelatin seemed worthwhile, but I wasn't getting much milage out of the allulose. Since I get stomach issues when I eat more than 20-30 g of allulose per day, I decided to keep the liquid sucralose.

ROUND 4: OPTIMIZING FOR TASTE AND CONVENIENCE
Now that I had the basic ingredients figured out, I did a couple rounds of optimization of quantities. Specifically, I tried to figure out the right amount of gelatin/gluten, water, and seasonings (changes in bold).


The effect of the apple cider vinegar is extremely interesting, however, I noticed a greater rise in my blood sugar on the days when I ate muffins containing it. That could be a coincidence (it doesn't contain any carbohydrates), but I need to experiment more before I start using it on a regular basis.

Based on all these experiments my final set of changes from the original recipe are:

Calories
48.8
Fat (grams)
0.75
Carbs (grams)
5.8
Fiber (grams)
5.4
Net carbs
0.4
Protein (grams)
6.5
Calculated per muffin for a 12 muffin batch with gelatin by adding up macros of the individual ingredients.
Created using The Recipes Generator
Posted by QuantifiedDiabetes at 5:23 AM