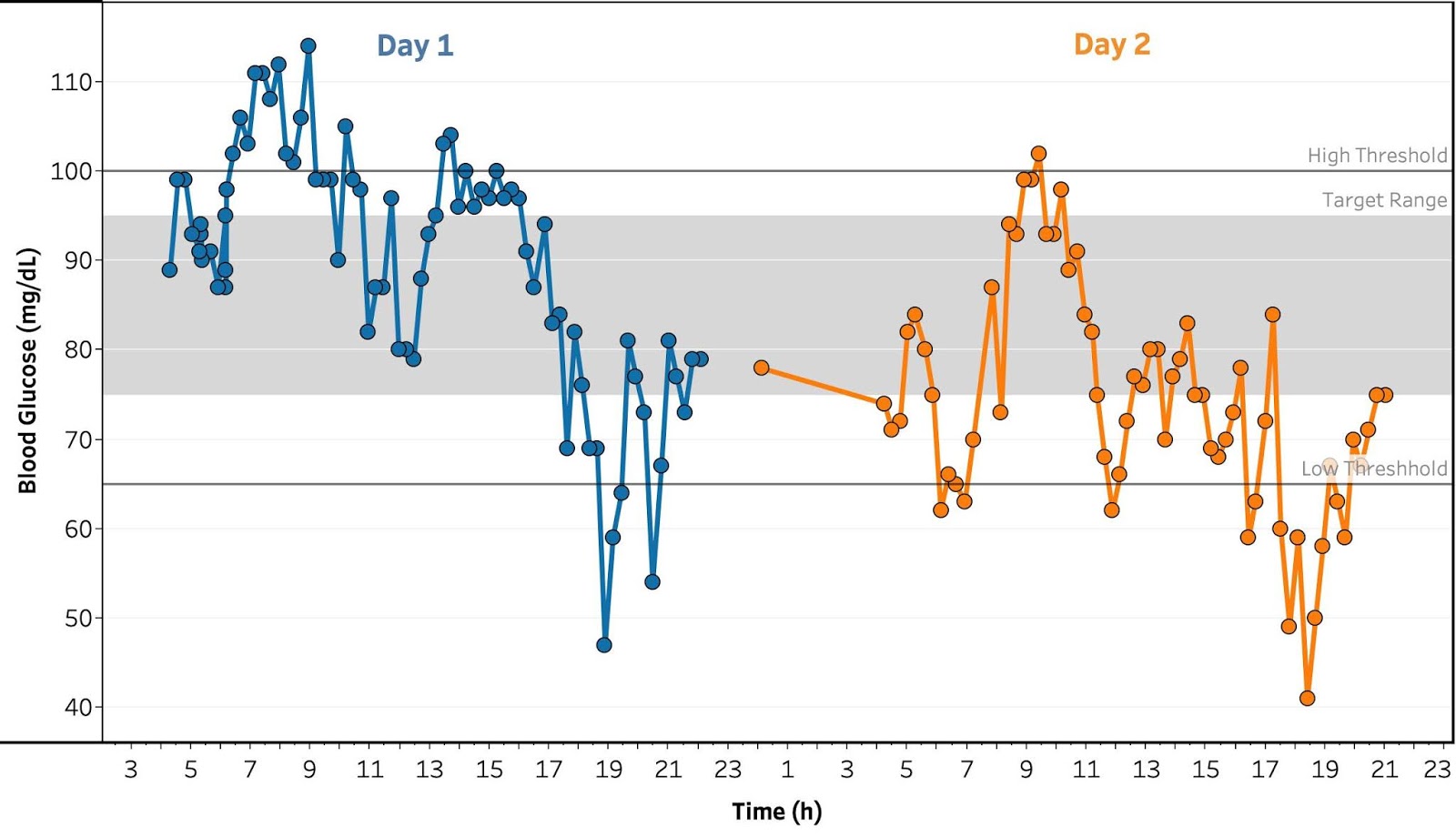 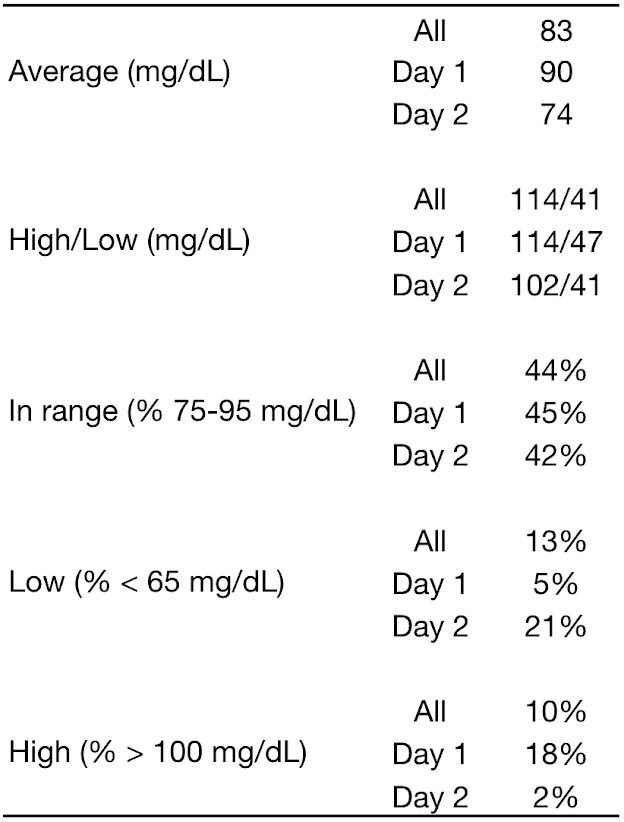 
I don't have enough data yet to analyze my food & exercise experiments (see next experiments), so for this week I decided to look at how my blood sugar varies over the course of a day.

Normally, I only check my blood sugar at key times (waking, going to bed, before injecting insulin, before eating, and 1 & 2h after eating). To see if there was anything to be learned from what's happening the rest of the time, I decided to spend 2 days checking my blood sugar every 15 minutes.

Since I have Type 2 diabetes, my insurance won't cover a continuous glucose monitor (CGM). Plus, blood glucose meters (BGM) are more accurate, even according to CGM manufacturers. So, for this experiment, I used my Freestyle Freedom Lite and just measured by blood glucose every 15 minutes.

This ended up being way more useful than I expected. There was a lot more going on between the times I usually measure than I realized. Here's a most important things I learned, my new questions, and ideas for next experiments:

Now for the details:


Purpose
To better understand trends in my blood glucose over the course of a day and determine if there are trends or events that I should investigate further.

Design/Methods
General. Blood glucose was measured approximately every 15 min. using a FreeStyle Freedom Lite glucose meter and FreeStyle lancets & test strips. No special precautions were taken to clean the lancing site before measurement. To take a sample, the lancing devices was used to pierce the skin at an ~45 deg. angle from the finger. Blood was then squeezed out by running the thumb and pointer finger of the opposite hand from the first knuckle to the lancing site of the finger. Blood was then wicked into a test strip that had been inserted into the meter and the glucose reading was recorded.

Medication and meals were kept as normal, with the exception of an additional 2 g of glucose eaten with breakfast on the first day as part of an experiment on the effect of glucose on my blood sugar.

Overall. The full set of data is shown in Figure 1 with summary statistics in Table 1. Major insights:


To really see what's going on, though, let's zoom in different times of the day. 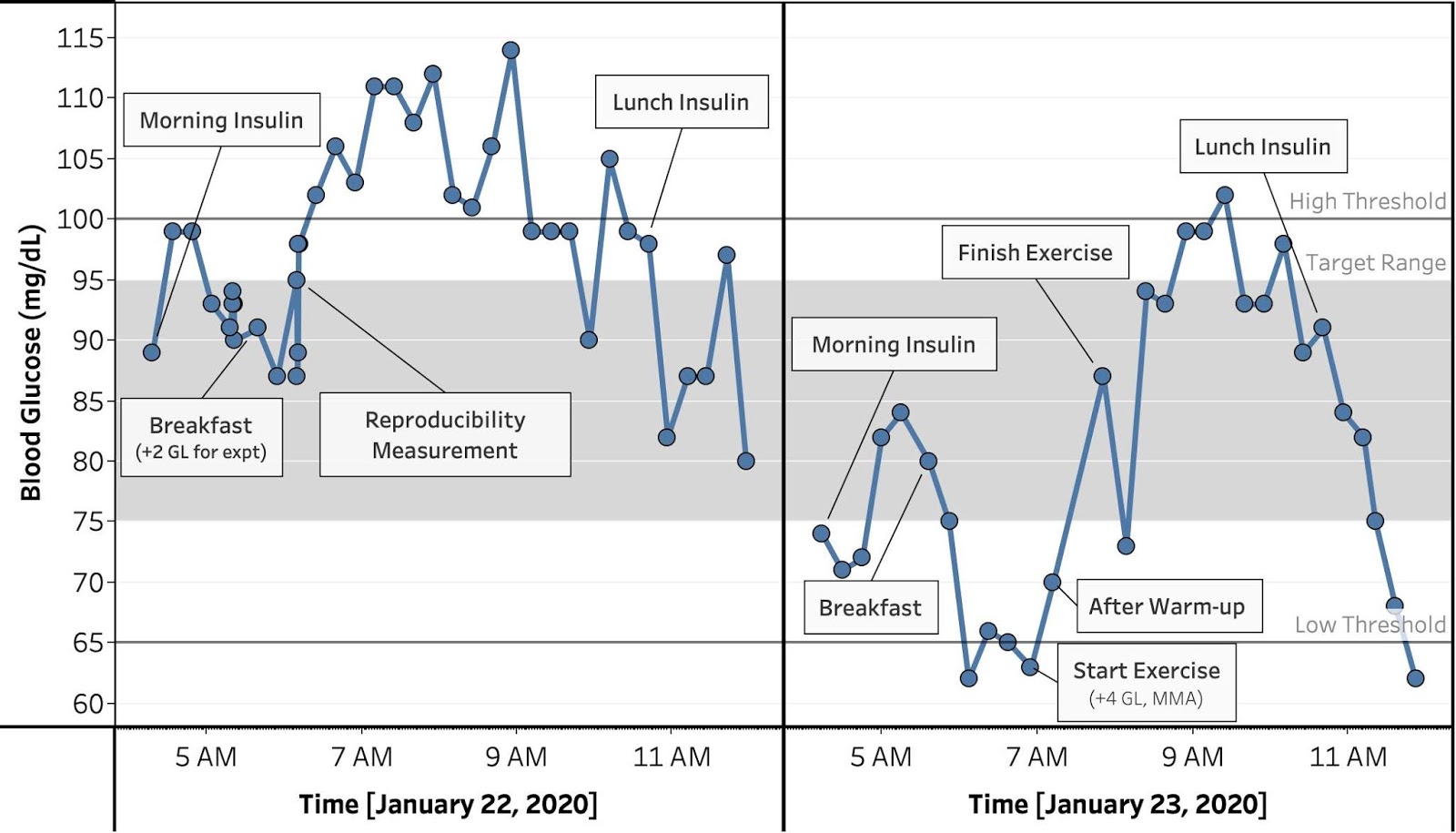 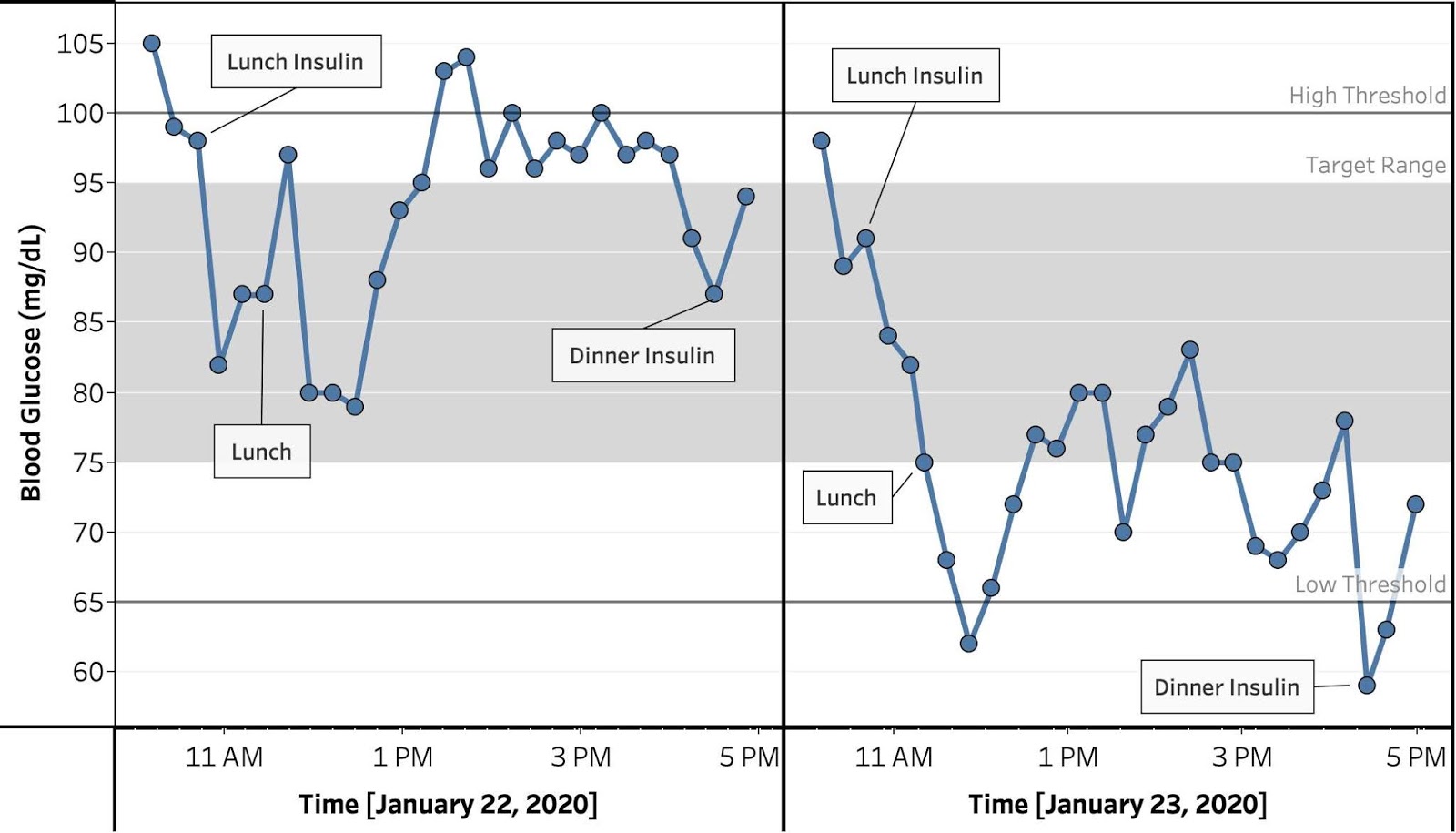 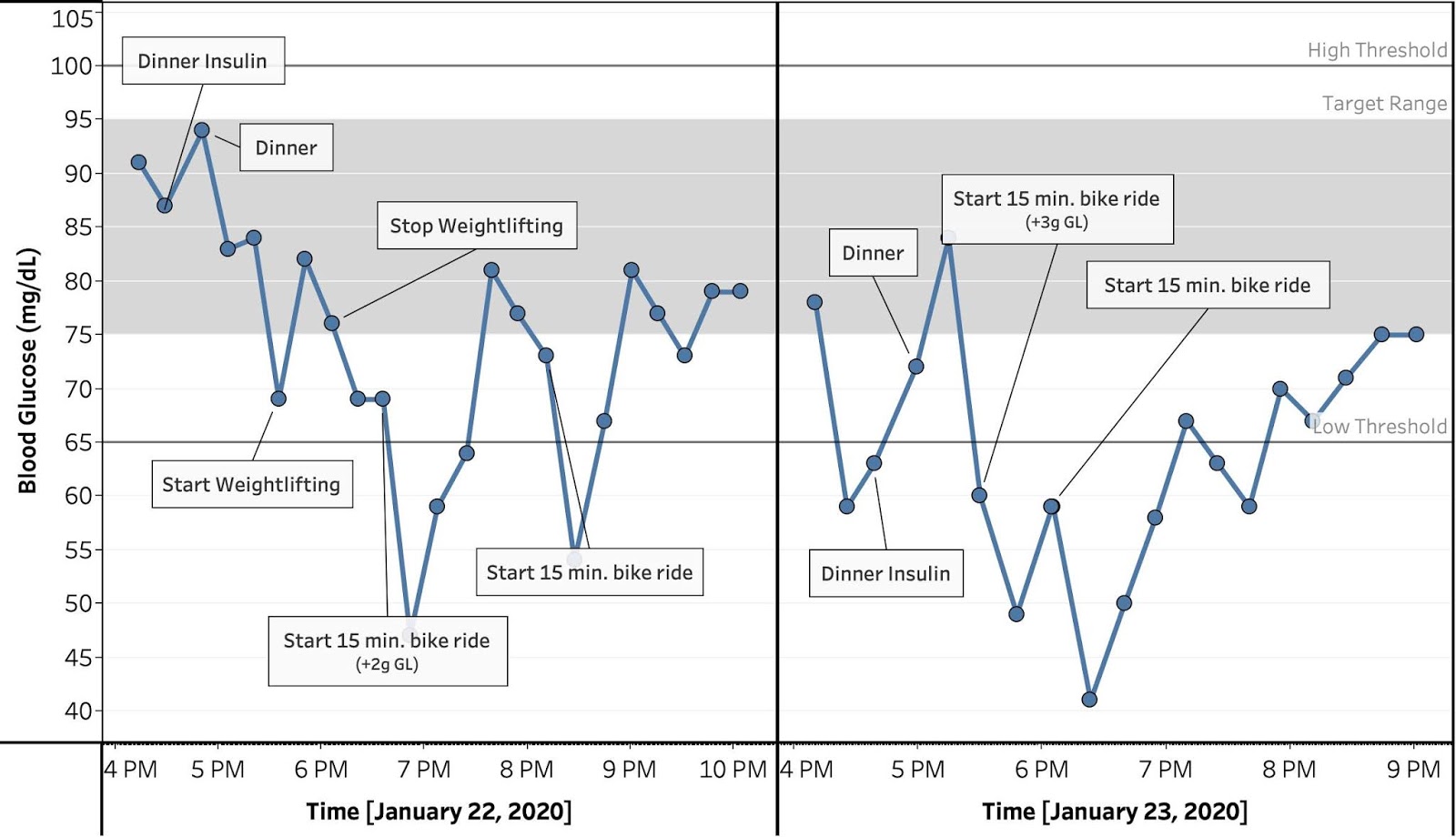 Figure 4. Measured blood glucose concentration vs. time from 4-11p, with annotations for key events. Reference bands and lines show target range and high/low thresholds.
Overnight. I saw a 5 mg/dL drop overnight between Day 1 and Day 2. That's within the normal variance of my meter, so I'll check over a larger number of days to see if it's real. Either way, not significant relative to the other effects I observed.

Conclusion & Next Experiments
See summary above.

- QD
Posted by QuantifiedDiabetes at 6:38 AM

Email ThisBlogThis!Share to TwitterShare to FacebookShare to Pinterest
Labels: Experiment