I'm about a week late on this, but here's an update on my monthly blood glucose stats. As before, I'll be looking at average blood glucose, coefficient of variation, and time in range.

Here's the data broken out by month: 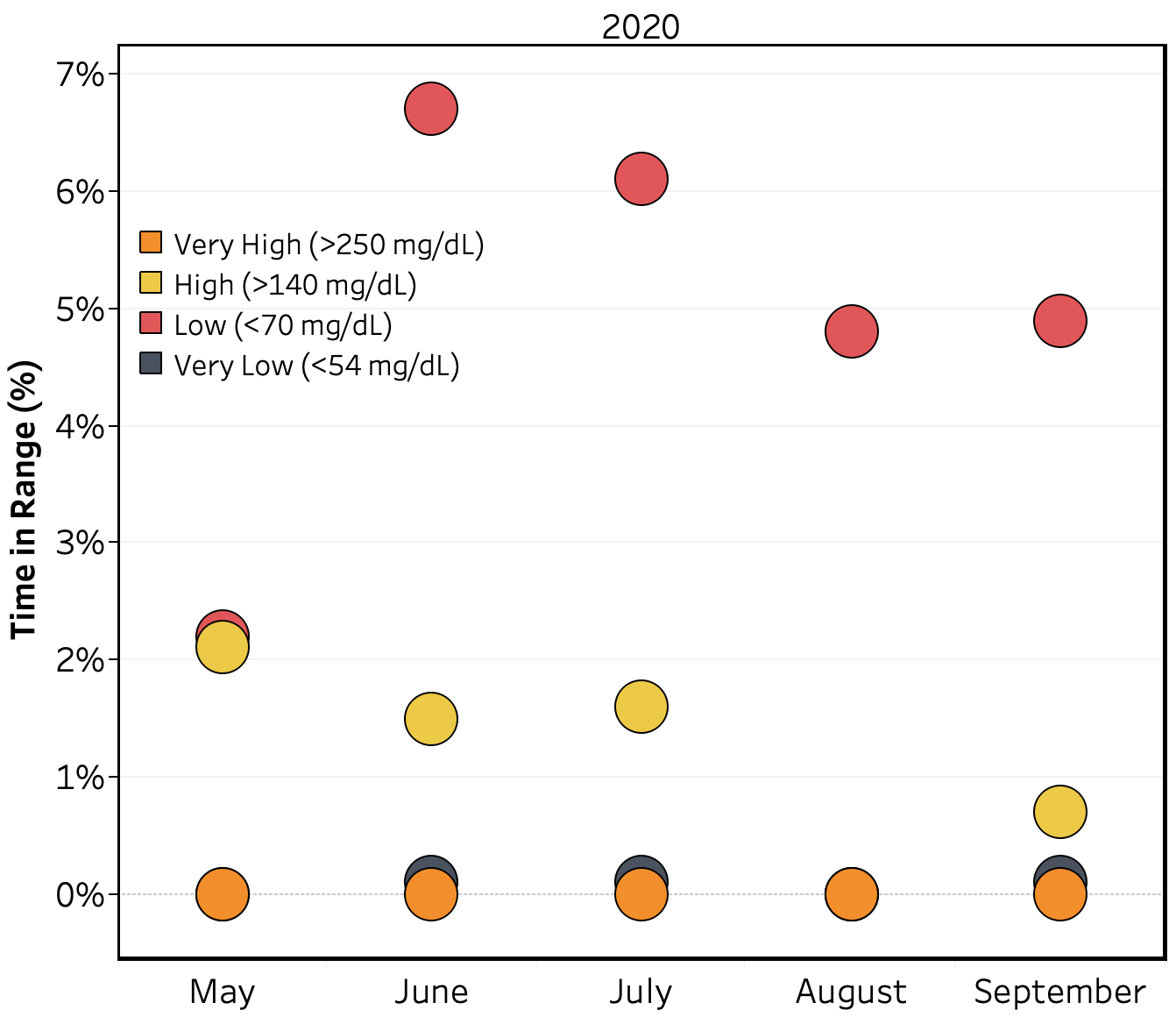 No improvement vs. August. However, I had two bad sensors in September, which resulted in periodic large mismatches between my CGM and fingerstick meter. I don't have the data to quantify the impact, but I suspect that that was responsible for a substantial fraction of the Low and High time. A quick look at the first 1.5 weeks in October shows that I'm on trend for a meaningful drop in Low (currently 3%) with no change in average glucose (still 90 mg/dL). We'll see if it holds up.

As always, if you have any comments, suggestions, ideas for new experiments, or want to participate, please let me know in the comments or send a PM via the contact form or to quantifieddiabetes_at_gmail.com.

- QD
Posted by QuantifiedDiabetes at 6:50 AM